Living in a city has its ups and downs like anywhere really. However, one annoying thing is crosswalks. Living in Boston now for nearly 12 years it’s a city where no one respects signs of any sort. It’s basically a free-for-all.

When approaching a crosswalk on foot you have to be vigilant of course but also aggressive or you’ll never get across. Occasionally people are jerks and even in well-known crosswalks (with kiddos in tow) cars don’t stop. Giving the middle finger feels good in the moment but then you become a jerk too.

I witnessed the best reaction from another crosswalker a couple years ago and it makes me feel good all-around and I’ve been using it ever since. Her response was to give a thumbs up. I thought this was brilliant. It tells the driver they’re a jerk but in a nice way (albeit somewhat passive aggressive) that then doesn’t make you feel like a jerk. And it’s kid-friendly! 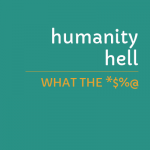