Getting Away from Plastic Packaging

I love reading news articles about people who are making the world a better place. Plastic basically never biodegrades and is horrible for every living creature.

There is a company that is creating packaging from cardboard instead of plastic! I haven’t researched but I bet this is the way things used to be done before plastic became the go-to.

Packaging designer Ryan Gaither believes in the power of cardboard.

At the Swedish-owned BillerudKorsnäs design lab in Portland, Oregon, he’s laid down a massive sheet of it, as big as a king-size bed.

He flips the switch on a machine that zips around the cardboard, stabbing and cutting it like a robotic exact-o knife.

“Basically anything we create, any design we’re looking to validate, we cut out with this machine,” he says. “This lets us know if we’re on the right track or on a fool’s errand.”

When it’s done, he folds the resulting cut-out into a three-dimensional shape that’s designed to replace the plastic foam end caps companies use to ship laptop computers. Gaither says inventions like this are helping the company build a growing customer list.

“I think now people are more concerned about the impact plastics are having on the environment,” he says. “Paper packaging is a much more renewable resource. It biodegrades.” 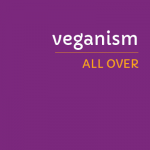 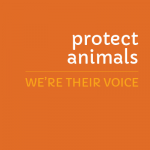