I was thinking about adding a quote to the site and searched and found some fantastic quotes of course. But none stood out to me, I’ve seen most of them two dozen times before. Then I remembered watching Forks Over Knives a handful of years ago. There’s a scene that stays with me on the perception that a plant-based diet—or dare anyone use the word “vegan” diet—is crazy, nuts, why-would-anyone-do-that?, so e-x-t-r-e-m-e! Here it is…

Narrator: Despite the apparent success of the [plant-based/vegan] dietary approach, some critics say eating this way is extreme.

Caldwell Esselstyn Jr.: Now, with the western diet, this guarantees there’s going to be what, a half a million people in this country this year who will have to have the front half of their body divided, their heart exposed, then veins will be taken from their leg and sewn on their heart. Some people would call that extreme. 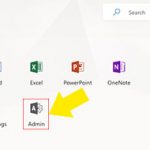 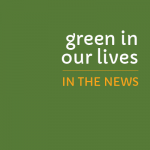 Getting Away from Plastic PackagingGreen In Our Lives, Green Vegan Media Blog
Skip to content